A Reflection on the Boston Marathon Trial

The Boston Marathon Trial has already begun to fade in the news as days pass after the 12 jurors were unanimous in finding him guilty on a number of counts that carry the death penalty. As this Arlington Public News’ blog on the trial also comes to a close, I would be remiss not to reflect on my time spent in the press overflow courtroom, where I watched the live feed as the images of the defense and prosecution switched back and forth. That live feed captured Dzhokhar Tsarnaev sitting between his lawyers at the defense table, his body language and passive facial expression making it impossible to glean insight into his thinking or emotional state during the government’s presentation of a mountain of evidence regarding his and his brother’s terrorist act on April 13, 2015.

The testimony and physical evidence graphically described the detonation of pressure cooker bombs that wounded more than 250 participants and spectators and killed three others, as well as the horrific four days of chaos that followed. There was the shooting of MIT Officer Sean Collier as he sat in his patrol car, and their hijacking of an SUV belonging to Dun Meng, whom they held hostage until Meng made a run for it at a nearby gas station after the two brothers pulled over for gas. Meng testified at the trial that Dzhokhar, using Meng’s debit card, took cash from an ATM.  The shootout in Watertown and the death of Tamerlan when he was run over by Dzhokhar were recounted by numerous police personnel and I’m sure most of us who were in the Boston area during the events recall the painfully slow “shelter in place” as the search continued for the remaining Boston Bomber until news broke that he had been captured, bloody and injured, hiding inside a dry docked boat in a Watertown backyard.

In reflecting on the trial, the details of the exact timeline, the specifics of how the bombs were made or the technical evidence presented in minute detail do not come to mind. Instead, it is the small moments and words spoken by those who came to testify that remain as powerful in my mind as when they were first spoken. Jeff Bauman, a charismatic young man, and a double amputee, took the stand and identified Dzhokhar as the man who placed a backpack next to him. Bauman testified how at the time he had the flicker of a thought come into his head that something was amiss, only to reassure himself It can’t be. Or Celeste Corcoran, who was at the marathon with her family to watch her sister run. She remembered the sun shining on her face as she sat in a chair facing the Charles River–with her feet up–as she and her family indulged in a glorious spring day at that perfect spot. She would lose both of her legs. 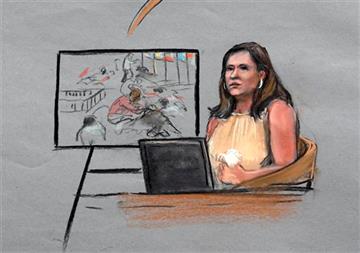 I remember too when the prosecutor, Steve Mellin, stood up to deliver the closing argument for the penalty phase.

“I want to start back on Boylston Street, back where the carnage began. Picture the scene on Boylston just before the first blast. It’s a beautiful sunny Patriots’ Day. It’s 2:45 p.m. And the defendant walks up. He walks up past the Forum restaurant, sees how crowded it is, and decides that’s the place to put the bomb…he saw that he had placed the bomb approximately four feet behind a row of children…The defendant put the backpack down behind those children, and he waited.”

I remember thinking in the overflow courtroom how uncomfortable the silence felt and how long it felt. The live stream played and the courtroom was silent. It felt as if the pause would never end until Mellin finally spoke: “That was 20 seconds. He waited almost 12 times that long before giving his brother the go-ahead and then detonating his own bomb.” 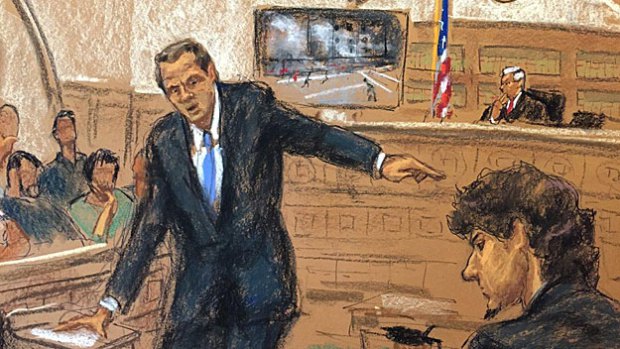 As I said, the news of the Tsarnaev trial already has dwindled in the minds of many, and perhaps this is for the best. Ironically, in reflecting on the trial, it strikes me that defense attorney Judy Clarke put it best: