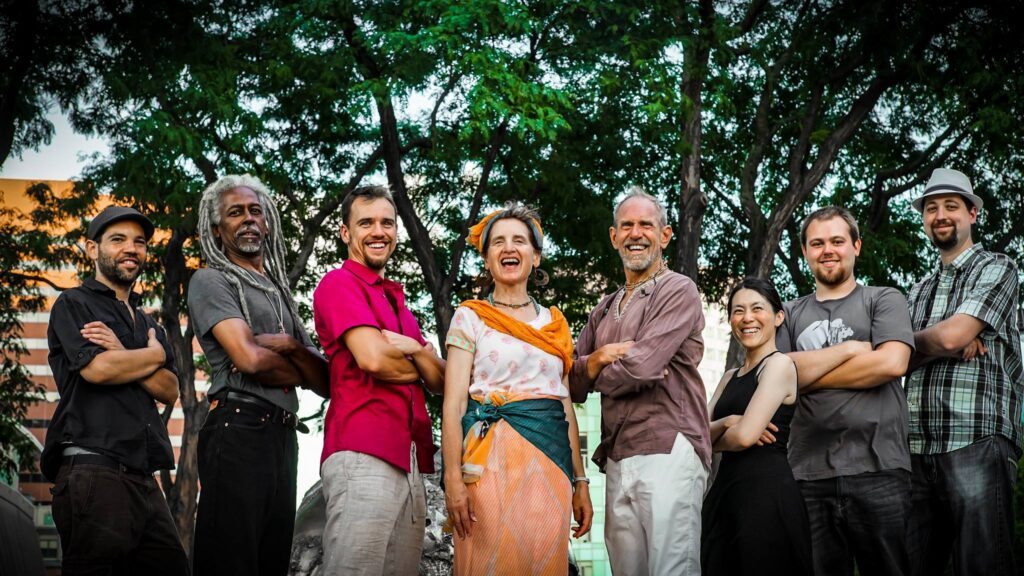 The Wicked Hangin Chads are a Boston based Reggae/Ska band.
In the last two years, the WHC have been gigging continuously. Performing at premier clubs, theaters, and festivals from New York City to the coast of Maine, this Boston based band has established an ever growing grassroots following in the north east.
This all-natural band rocks out to their own drum-beat, combining traditional reggae beats with ska, dub, hip-hop, pop, funk, and pretty much any other style you can think of. Their vocals are unique and harmonized to perfection, sung with heart and soul, spreading love and positive energy to all their listeners. Their lyrics are intentionally thoughtful, positive, with a universal/spiritual flavor and sung in three different languages (including Hindi and Sanskrit).
Fronted by Celia Markey on keys/vocals and Rick Chadwick on guitar/vocals, with Cole Chadwick on drums/vocals, Nourdine Ousmane on bass, Jafar Mansele (one of Boston’s premier African drummers and founding member of One People) on percussion, Trisha Gately on trumpet, and Brad Hewitt on trombone.
With feature performances on Boston Common two years in a row, a headliner in Arlington’s Regent Theatre, many successful tours from Boston to Maine, New Hamshire, Connecticut, and New York, including popular Boston-area venues like Johnny D’s, the Middle East, the Hard Rock Cafe, Durrell Hall Theater, Church, Mojito’s, Tammany Hall and The Raven (to mention a few), the Wicked Hangin’ Chads have been well-received by audiences, promoters and venue managers. Furthermore, appearances on local TV and radio shows have sparked an increase in recognition (as well as peace and love throughout the land).
The Wicked Hangin Chads cite influences both old and new, including: Bob Marley, Jimmy Cliff, Carlos Santana, Matisyahu, Joseph Shambalala, Maria Dulne (Zap Mama), George Harrison, Brian Wilson, Mackie Burnette (steel pan player from Trinidad), the Beatles, UB40, and Aindra.
For a full appreciation and understanding of who this band is, and what they do, just listen to their recordings, or better yet, come out to one of their shows. Trust me, you will not regret it.