ACMi Highlights of the Week – May 16 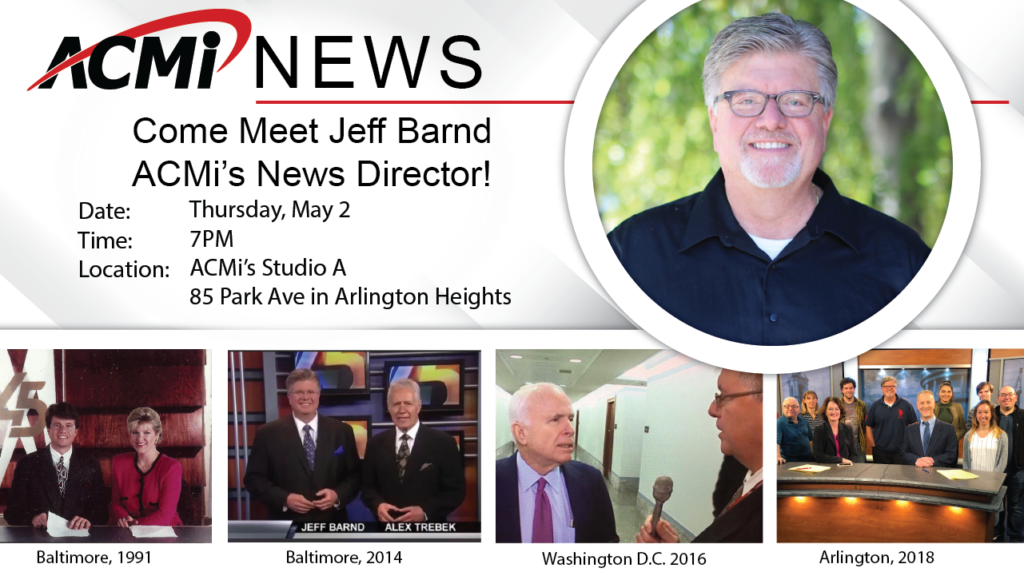 Our (no longer) new News Director, Jeff Barnd, has taken quite a circuitous route to arrive at ACMi. He has manned the anchor desk at major TV stations in Boston (channel 56), Philadelphia, and Baltimore, and he worked as a national correspondent in Washington D.C. in the last years of the Obama administration. ACMi has distinguished itself from many of our peer stations in the past, but it is a rare feat indeed to pull someone like Jeff, with more than three decades of broadcast journalism experience, into the world of community access television. How on earth did it happen, you may be wondering? The answers can be found on Meet ACMi’s News Director, an hour-long presentation on our Public channel that captures an event that took place at ACMi’s Studio A in early May. By tuning in, you’ll also hear about a number of Jeff’s adventures over the years, and we are very confident that they will thoroughly entertain you!

The Guru of Wild Food Foraging

If you’ve ever foraged for wild foods in and around Boston or signed up for an edible plants walk, you most likely know the name Russ Cohen. He is the area’s leading wild edibles expert, and has led weekend and seasonal walks throughout Massachusetts and New England for the past 45 years. You may not know, however, that Russ is an Arlington resident, and that he hasn’t slowed down at all in his mission to introduce as many folks as possible to the joy of discovering nature’s rich bounty all around us. He recently went down to West Bridgewater to lead a foraging expedition, and our good friends from the cable access station down there have shared the video with us, so that we can in turn share it with YOU. It’s on the Public channel – happy hunting.

There is a treasure trove of musical talent at Arlington High School, and it all gets put on display together only once or twice a year. The Pops Concert, featuring performances from a host of talented ensembles, including the Orchestra, the Jazz Band, and the Madrigals, took place at Town Hall during the first weekend in May. The spillover crowd in attendance was visibly impressed by the quality of the musicianship on stage, and ACMi is happy to present the concert in its entirety on our Education channel. It’s worth a look (and a listen)!