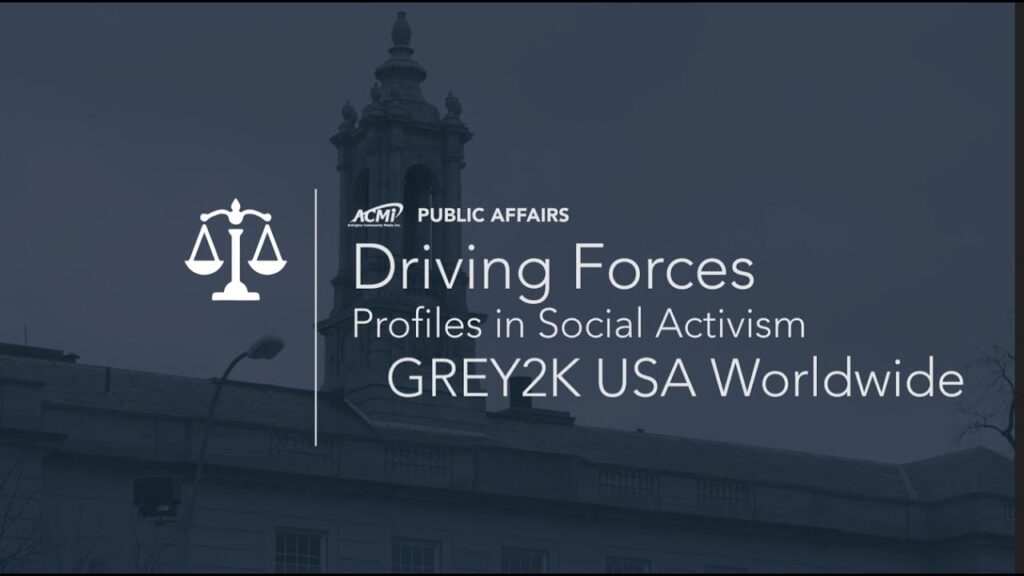 ARLINGTON, MA – Christine Dorchak is the president, general counsel of GREY2K USA WORLDWIDE, a nonprofit lobbying organization dedicated to passing stronger protective laws for greyhounds and the abolishment of dog racing across the globe, based right here in Arlington. She works alongside her husband, Carey Theil, GREY2K’s executive director.

GREY2K was the first organization to successfully ban dog racing using the ballot initiative, making the decision up to the citizens. Since 2001 GREY2K has helped pass eighteen greyhound laws including outlawing dog tracks in Arizona, Colorado, Florida, Guam, Massachusetts, New Hampshire, and Rhode Island. Today, there are only 12 tracks across six states. In Nov. 2008 the people of Massachusetts agreed with GREY2K’s compassion and voted 56% to close down the two dog racing tracks in the state.

“Our goal is to put ourselves out of business. We want to be obsolete, we don’t want this problem to be happening anymore, we want to solve the problem, that’s our number one goal.” said Dorchak.

Florida is one of the most recent states to ban dog racing. Amendment 13 forces all dog racing tracks to be shut down by 2021. The process started in 2000 when GREY2K files the first “decoupling” legislation to repeal the states mandate that requires a minimum of 100 days of live dog racing per track, however this never reached the governor’s desk.

Years later in 2017 Senator Tom Lee of the Constitution Revision Commission (CRC) files Proposal 67 to prohibit commercial dog racing in Florida. Another year later in Mar. of 2018, GREY2K forms the Committee to Protect Dogs focused on passing Proposal 67 and is sponsored by the Doris Day Animal League, The Humane Society of the United states and Animal Wellness Action.

Christine Dorchak was one of the drafters of the bill and presented a petition to the CRC with 100,000 signatures in support of the measure, but within days another quarter of a million people added their signatures online. After a legal battle going up to the Florida Supreme Court, Proposal 67 is upheld as a ballot question which had become Amendment 13. After this, the campaign began to spread awareness and win public support to vote “Yes on 13”. It gained support from celebrities like Ellen Degeneres, Pierce Brosnan, and Tom Scholz of the band Boston. Then, on Nov. 6, 2018 citizens of Florida voted with almost 70% saying yes to Amendment 13.

“Our criticism is that this industry uses dogs as numbers to gamble on, and with that comes a constant pressure to secure the highest economic return out of each dog while incurring the least amount of cost. So what that leads to is a series of industry standard practices that essentially is cutting corners and are either suboptimal or terrible when it comes to animal welfare. For example in the United states every racing greyhound endures a life of confinement, dogs are kept in rows of stacked metal cages that are barely large enough for them to stand up or turn around for about 22 hours a day. They race half a dozen times or less per month, so the vast majority of their life is spent in a cage. There are these giant kennel compounds attached to each race track that has as many as one thousand dogs living in this windowless building with rows of stacked cages inside them, that is obviously not how we would treat our dog.” said Theil

As their organization gets more and more successful other states have realized they should get ahead on these issues, “A couple of weeks ago one of the tracks we have been most concerned about, the Southland in Arkansaw, announced that following our victory in Florida, it saw the handwriting on the wall and it is voluntarily phasing out  dog racing there and will make one thousand dogs, plus, available for adoption.” Dorchak says, “This is a new day in our campaign, we don’t even start the campaign and they say wait a minute we know what is going to happen, let’s get these dogs out, let’s do this the right way. The wonderful thing about this is when a business makes this decision the business accounts for all those involved the track employees are going to be phased into new jobs at the facility, and it’s a gigantic facility, dog racing is only a small part of it and it’s a losing part of it. In Florida, the track owners were losing a combined 35 million dollars a year so that’s an incentive.”

However, people have argued voters were wrong and that it hurts the economy. Overturn13.org filed a lawsuit in Jul. 2019 hoping to, shockingly, overturn Amendment 13. They have received a trial date of Jun. 8, 2020. The lawsuit claims “the majority exercised its unlimited power over a minority group thereby forever depriving them of making a living by the use of their own property in an industry successfully regulated in the State of Florida for almost an entire century.” and alleges that the amendment “creates a mysterious new set of rights” for dogs, because it bans racing dogs but not other animals. However, they could not be reached for comment.

Internationally, GREY2K has a strong presence. They have stopped the expansion of dog racing to Jamaica, the Philippines and South Africa, along with working to close the world’s worst track in Jul. 2018, the Canidrome of Macau in China. GREY2K worked with ANIMA Macau and Pet Levrieri of Italy to have 532 dogs flown to safety across the globe to the United States, United Kingdom, Italy, and Australia at the owner’s of the Canidrome’s expense.

GREY2K’s research has led to hundreds of cases of greyhound cruelty and neglect being exposed across the globe. These cases include dogs testing positive for cocaine and suffering from harsh injuries. GREY2K maintains an online database of greyhound disciplinary rulings, the largest compilation of this type of data in the world. GREY2K has investigated and reported on dog racing in Macau, Vietnam, Australia, New Zealand, Argentina, United Kingdom and Mexico.

Additionally, Theil went on to explain the eating habits of these dogs. “The food they’re fed is what is called 4D meat which is deemed unfit for human consumption. Essentially the animal has fallen or is sick and cannot go into the human food chain. The animal is still rendered and is sold to the dog racing industry for pennies per pound, again that has led to health problems. There are many cases of entire kennels of racing greyhounds falling ill and dying and they do it because they are trying to secure the highest return while spending as little as possible.” or as Dorchak puts it “ they are always putting the buck before the bark”.

The Canidrome was one of the world’s largest gambling hubs and would put dogs in awful conditions while getting shipments of 30 dogs a month from Australia. With no adoption agency or any structure to give away the dogs, every dog shipped to Macau died there.

Overall, GREY2K has made it their point to show people that greyhound racing is a dying industry and as the economy for it worsens, so too will the conditions for these greyhounds. Based right here in Arlington they strive to make the town proud and something everyone can say is another great reason to live here.