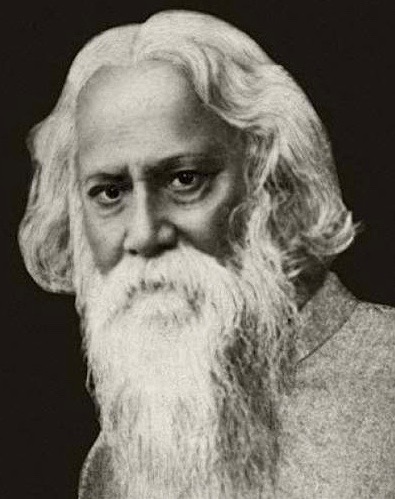 Gloria Revanche is an intern at Arlington Community Media. She had the pleasure of interviewing Maitreyee Chakraborty, and the full interview can be found at https://acmi.tv/videos/tot-maitreyee-chakraborty/. Chakraborty will be performing a live concert sponsored by the Arlington Cultural Center and the Robbins Library. The concert is titled ‘Tagore’s Love Letters to Mother Earth, Songs of Harmony,’ and will be livestreamed on Thursday, July 24th at 7 pm on the Facebook page, ‘Tagore, Me and You.’

Everyone knows Mahatma Gandhi, but do you know who gave him the title of Mahatma (great soul)? It was his best friend – Rabindranath Tagore! Tagore, a legend in Bengali history, is almost unknown in the West. He was a poet, painter, literary genius, songwriter, women’s rights activist, and prominent opponent of the system of colonialism.

According to Maitreyee Chakraborty, a singer of his works, “he gave Bengalis the language to emote. Every emotion you could think of, he wrote a song about.” He was an environmentalist who wrote poems and songs on the connection between man and nature, many of which Chakraborty will be singing on Thursday.

In his life and work, Tagore broke boundaries. In 1913, he became the first non-European to win the Nobel Prize in Literature for Gitanjali (1912). His work was influential in introducing Indian culture to the West. In his novels and short stories, he explores women’s liberation. He established a university at Shantiniketan, which abolished the traditional classroom setting. Students learned outside and he taught women martial arts.

Tagore penned the poem “An Ode to Africa,” which praised the continent at a time when it was being violently colonized. On his relevance today, Chakraborty says, in a age like this, “a time where we are separating color from color, religion from religion…gender, he was the voice of unification.”

He was also an activist during the British colonization of India. In 1915, he was awarded the British Knighthood, but refused it in protest against the Amritsar (Jallianwalla Bagh) Massacre. In his letter rejecting the award, he said, “The time has come when badges of honour make our shame glaring in the incongruous context of humiliation, and I for my part wish to stand, shorn of all special distinctions, by the side of those of my countrymen, who, for their so-called insignificance, are liable to suffer degradation not fit for human beings.”

“I have had concerts with diverse audiences. And they came back.”– Maitreyee Chakraborty

On bringing the Bengali language to Massachusetts, the singer says, “Bengali is one of the most liltingly beautiful languages.” It’s an intensely rich and nuanced language in which many words have no synonyms in English, she continues. She has given countless concerts to diverse audiences, where patrons often seek out more works by Tagore.

Chakraborty has been singing and studying music since the age of two. She came to the US thirty years ago and moved to Massachusetts in 2016. Initially, she sang for and among people who knew the language. But a decade ago in California, she started translating and explaining Tagore’s works in English in places like UC Irvine, the Claremont Colleges, and the Hope in Life Foundation. When she came to Massachusetts, she applied for grants in order to spread Tagore’s universalism and philosophy beyond her community.

What is a good introduction to Tagore?

For a taste of Tagore and to hear Chakraborty’s rich voice, attend her concert, ‘Tagore’s Love Letters to Mother Earth – Songs of Harmony,’ on Friday, July 24th at 7 PM. Chakraborty has also released two albums, His Spirit Within and When the Songs Came Visiting, both of which include English translations and are available on all platforms. She also says, “I would ask anyone who hasn’t read Tagore to please read Gitanjali, the Anthology of Poems.”